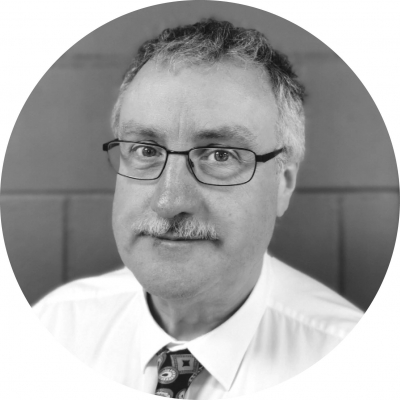 Who are you, and what do you love to do?

How did you get here? What experiences have led you to this point in your life?

- Met my first computer - an NCR C500 accounting system - (and also my wife) at school.
- Went to Essex Uni. ostensibly to study Chemistry, but the first year course was Chemistry, Physics and Computing by the 2nd year I had switched to Computing
- Graduated, got married, started a job (Logica), passed MUD to a younger friend at Uni. (Richard Bartle - a nice guy and a genuine genius.)
- Spent a few years working with my MUD co-creator creating a 2nd version of MUD for BT and working with Interplay to create an online version of a couple of their collectable games ranges: Spellfire (a Magic look-a-like) and Dragon Dice unfortunately the guy at Interplay who was the driving force for this took a year or two to undergo gender-reassignment and things lapsed. Sigh!
- Joined a software house (Synamic) and spent a few more years trogging round the country: London, Stevenage, Essex, Newbury and Reading mostly working away from Mon - Fri working for clients JPMorgan, Disney, BBC, Channel 5, BMG, Vodafone, BCA and Royal London.
- Unfortunately this corresponded with the economic meltdown of 2007/8! After a while I got back to work as a contractor and the first few contracts were PHP and Drupal based and my new career was born.
- Worked for various clients, Brunning & Price(TRG), Scope, Sense, MadeMedia, PiBenchmark, Peters Books, Accenture/Airbus
- Meanwhile my daughter got her MPhys at Exeter and decided that the area was too nice to leave. After a 6 year search, we purchased of a house in Devon with 3 acres of land and met the BoothBook team!

When did you start working with BoothBook, and what do you do to help push the business forward?

I began my crowning achievement of work with BoothBook (really! :-) ) the week of my 40th Wedding Anniversary in July 2020.
I hope I can help BoothBook to avoid some of the pitfalls that I have seen in my previous work experiences, while transitioning the software development process to something that will scale well to more developers without being too onerous to use.

When was the first time you used a photobooth? Why did you use it? Who were you with? What was the experience like?

Other than the ones that sit on railway station platforms or in shopping centres, the next time I use one will be the first time!

What is the coolest / most fun / most amazing photobooth experience you have seen? Why did you like it so much?

Today! (24/7/2020) I heard Chris talking about a green-screen video booth (with treadmill) which is very cool on so many levels! (And has led me to think of a possible future application BoothBook may want to consider in a year or two!)

What is a particular skill that you have that you think would help small business owners improve their lives?

Not a clue! Though I could be paid to bore one or more of their competitors to death with a never-ending monologue of trivia!

Which BoothBook feature do you think is most likely to dramatically improve someones business?

I'm pretty impressed with all of it at the moment.

Why should people use BoothBook in their business?

It's been developed by people who created the system to solve the problems that they had in running their business and thus is designed to solve their problems too.